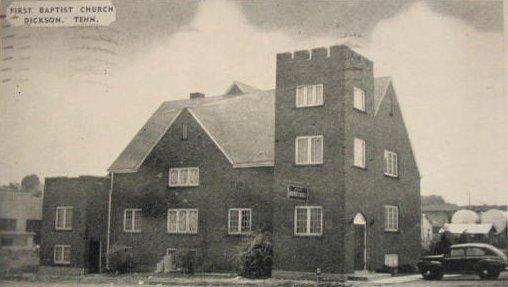 First Baptist Church on Dickson was organized February 20, 1892 with seven people. In May 1902, the frame building was dedicated after being completed in eight winter months. During the next 60 years, the church grew; an auditorium seating 300 was added as well as a balcony, side rooms, and a kitchen. Brick veneer was added to the frame building. In 1965, the congregation moved into a new home on Henslee Drive. The auditorium could now seat more than 500. In 1979, the addition of Sunday School rooms and the Christian Outreach Center was completed and dedicated on February 18. In November of 1997, the people walked from the Henslee Drive location to our current location on Highway 70 East.